We Continue To Receive Rain And Have Many Areas With Impassible Roads. Please Help Us By Staying Off The Roads.

Numerous Roads Are Experiencing Flooding In The District. Please Do Not Drive Into Standing Water. Turn Around Don'T Drown! 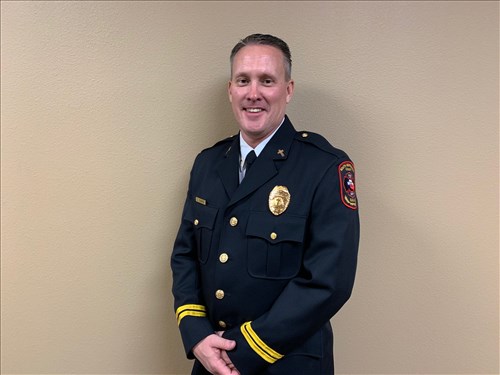 
Dr. Galen K. Cooper serves as the Senior Pastor at Oak Ridge Baptist Church in Oak Ridge North and Chaplain for Montgomery County Emergency Services District 8. Prior to his calling to serve in the ministry 21 years ago, Chaplain Cooper worked with MCI, Telecommunications for twelve years after serving his country.  This third-generation member of the United States Armed Forces proudly served in the U.S. Navy as a HM-8404 FMF Hospital Corpsman attached to the United States Marine Corps from 1987-1995.

Chaplain Cooper completed an Associate in Arts at Trinity Valley Community College in Athens, Texas in 1987.  Thereafter, he earned a Bachelor of Science in Business Management from LeTourneau University in Longview, Texas (1995) and a Master of Divinity in Biblical Languages from Southwestern Baptist Theological Seminary in Ft. Worth, Texas (2009). In 2017, he earned a Master of Theology and in 2018 a Doctor of Ministry in Expository Preaching both from Midwestern Baptist Theological Seminary in Kansas City, Missouri.  Clearly, our Chaplain believes in lifelong learning.

Giving back to his community is very important to Dr. Cooper.  He contributes his time and talents to several community organizations and has traveled to Belize, Cuba, Mexico, and the United Kingdom for mission projects. This passion led to him volunteering his time and expertise to serve as our chaplain in 2013.

In his down time (not that he has much), he loves chasing down birdies at various golf courses in the area, carving the snow in Durango or Crested Butte, or cheering on the athletes during the Olympics.  He is also a diehard Dallas Cowboys fan.  Galen is passionately dedicated to his family: his wife of 31 years, Lania, daughter MeKenzie and her husband Kris, and sons Zach, Brice and Carson.